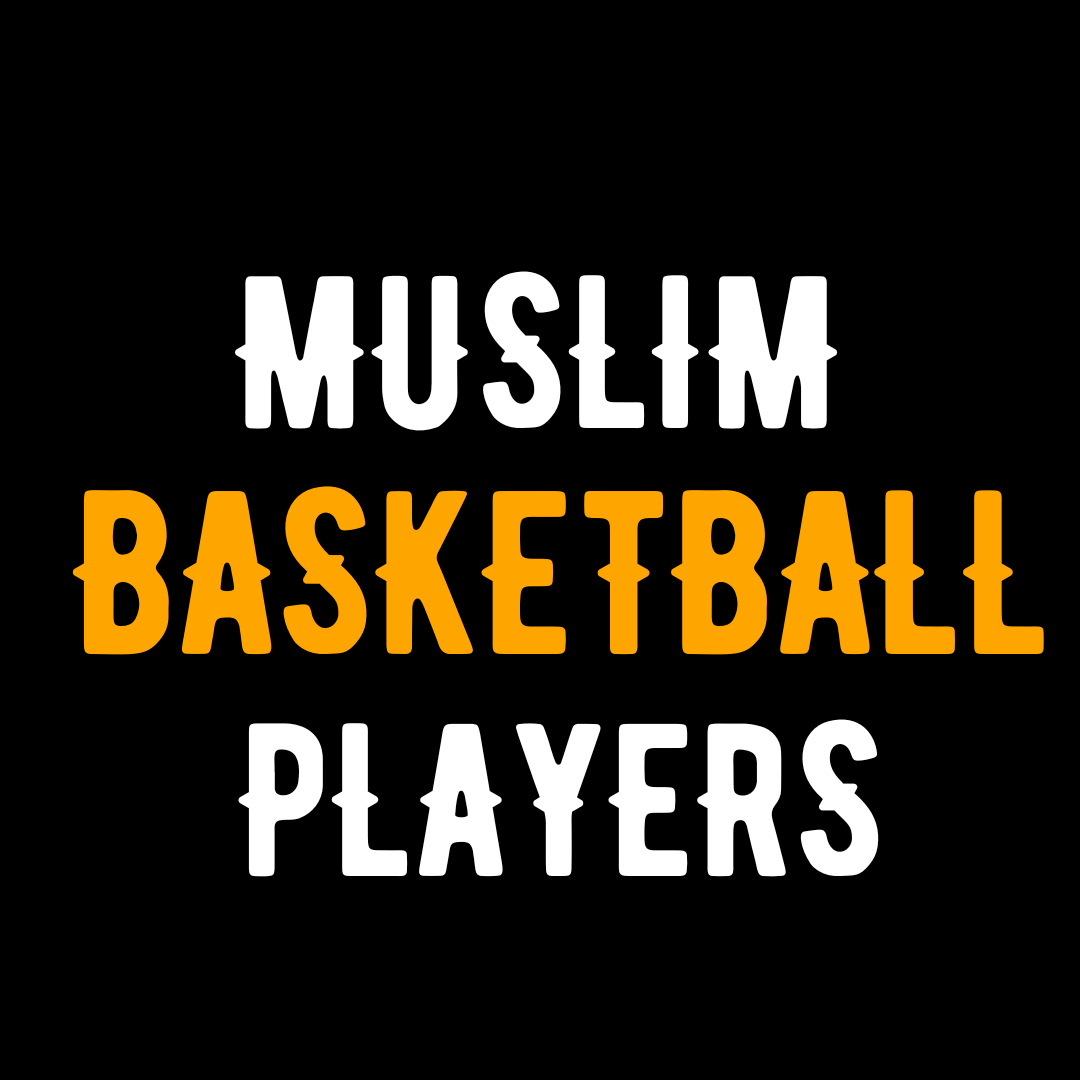 There are many Muslim basketball players who have played in the National Basketball Association (NBA) over many years. These players have come from a variety of countries and have brought their unique backgrounds and experiences to the league.

Some of the most well-known Muslim players in the NBA include Hakeem Olajuwon, Kareem Abdul-Jabbar, Mahmoud Abdul-Rauf, and Enes Kanter. These players have achieved a number of impressive accomplishments during their careers in NBA championships, NBA All-Star selections, and NBA individual awards. Many of these players have also spoken about the importance of their faith in their lives.

Overall, the contributions of Muslim basketball players in the NBA have had a significant impact on the sport and have helped to shape the league as we know it today.

Most Famous Past and Present Muslim Basketball Players 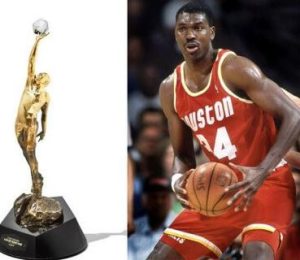 there s no other player like the former Houston rocket Hakeem Olajuwon in NBA because it was excellent during the period of fasting. In the back-to-back NBA championships in the month of Ramadan. He had in fasting period, as it gave him confidence and a mental edge during playing that is better than opponents who drink water in the break. He had nearly four assists per game, 29 points, 10 rebounds, and three blocks. 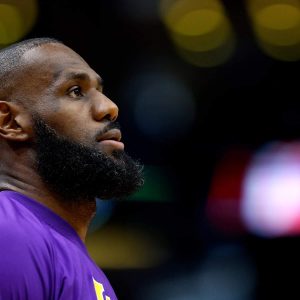 Kareem Abdul-Jabbar was born in Ferdinand Lewis Alcindor Jr. and accepted Islam in 1971 when he was 24. He is the most famous Muslim basketball player in NBA. He had a specialty in sky hook shots, he utilize the top scores in the leagues. In his career he scored 38,387.

During 20 years of career, Kareem Abdul-Jabbar played in the NBA both the Milwaukee Bucks and the Los Angeles Lakers. In this 20-year journey he was named a 6-time NBA Most Valuable Player, a 15-time All-NBA selection, 19-time NBA All-Star, and an Eleven-time NBA All-Defensive Team member.

At the time of retirement, he was the basketball NBA leader in points, field goals made, minutes, field goals attempted, games played and career wins. 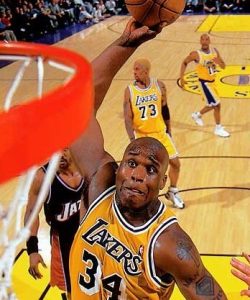 Shaquille O’Neal is the most dominant player in NBA which cannot be denied. His mother was baptist and his stepfather was Muslim so he stated: I’m Muslim, I’m Jewish, I’m Buddhist, I’m everybody ’cause I’m a people person.” they have the ability to fulfill their strong aim, where they wanted to go in their career.

In his nineteen years NBA career, he won four times as NBA champion out of six teams. In the 1992 NBA draft, Shaquille O’Neal was drafted by the Orlando Magic with the first overall pick. His perspective on players and teams, and his tireless humor, gravitate the fan all over the world. 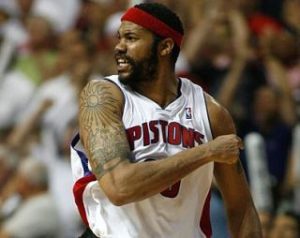 Rasheed Wallace was one of the most underrated and most talented Players in NBA history. he enter the league when the player in his position wasn’t supposed to have an impact of 15 feet. He Was Muslim Player who are the NBA champion.

Before declaring the NBA draft in 1995 he was a member of the University of North Carolina, Where Rasheed Wallance Played 16 Seasons. He was genuinely Chosen by the Washington Bullets, with Fourth Pick in the Draft. He was the player who made an impact with Detroit piston, with this Rasheed won the NBA championship in 2004.

In the list of Muslim players in basketball, Brooklyn Nets Point Guard Kyrie Irving is the most well-known NBA Player. He is the most adept and prolific basketball player in the league. Kyrie is also known as the rookie of the year after selecting by the Cleveland Cavaliers in the 2011 NBA draft.

During Ramadan, Irving had a great game that fans recall well. In the 2022 NBA playoffs, Brooklyn was swept by the Boston Celtics, but Irving scored 39 points in Game 1 on the road.

In 2016 he won the NBA championship by dramatic performance and all-star team sevens time in his career. The NBA Finals were won by his connecting on a three-pointer over Golden State Warriors guard Stephen Curry. 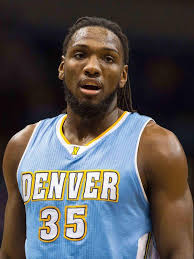 Kenneth Faried nicknamed “The manimal” the nickname coming out from the college due to the fierce hustling on the court. After finishing their collegiate career, he was an NCAA rebounder with 1673 rebounds and in 2011 he was selected for NBA Draft By the Denver Nuggets.

(What is scouting in NBA?) 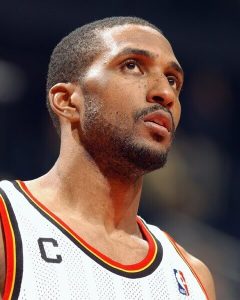 Julius Shareef Abdur-Rahim was the director of player personnel for the Sacramento king and is currently the president of NBA G League, and also the general manager of the Reno Bighorns Minor-league affiliate.

Shareef Abdur-Rahim is an expert in both the forward and center positions. In just one year he declared for the NBA drafts in 1996 by attending the University of California Berkeley.

Shareef Abdur-Rahim is the most devout NBA Muslim basketball player. As the second eldest of a twelve children family, the credit goes to his parents who guided his influence as a youth, reminding time to time, “remember how you came on all your accomplishments and stay humble.” 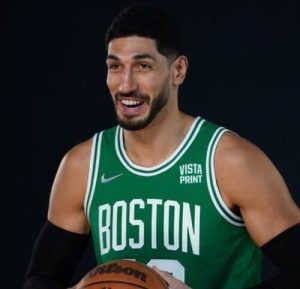 Enes Kanter is a professional basketball player who currently plays for the Portland Trail Blazers of the National Basketball Association (NBA). He was born in Switzerland and grew up in Turkey, where he began his professional career before coming to the United States to play college basketball at the University of Kentucky.
Kanter was selected by the Utah Jazz in the first round of the 2011 NBA Draft and has also played for the Oklahoma City Thunder, New York Knicks, and Boston Celtics. He is known for his strong post play and rebounding ability.

Kanter has also had a successful career in the NBA, establishing himself as a reliable scoring and rebounding option for his teams. He has averaged a double-double (10+ points and 10+ rebounds per game) in three different seasons and has been named an NBA Player of the Week multiple times. 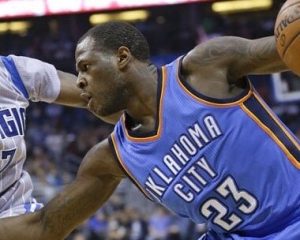 Dion Waiters played college basketball for the Syracuse orange and was selected fourth overall in the 2012 NBA draft by the Cleveland cavaliers. Firstly, after playing for the laker and winning the NBA championship, he also played for the Oklahoma city thunder and Miami Heat. 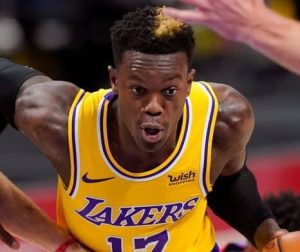 Dennis Schröder from Germany is a Muslim NBA basketball Player who played for the Houston Rockets. recently played for the phantoms Braunschweig and SG Braunschweig in Germany played their two seasons with the Oklahoma city thunder and the rest of the five seasons in the NBA with the Atlanta Hawks.

He has returned to the Lakers ahead of the 2022-2023 NBA season and will role out in a crowded backcourt. 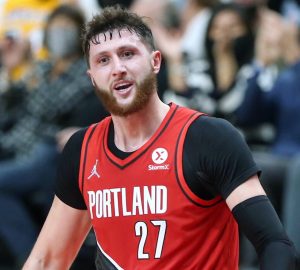 Jusuf Nurkić is a Bosnian Muslim professional basketball player who currently plays for the Portland Trail Blazers of the National Basketball Association (NBA). He was born in Tuzla, Bosnia and Herzegovina, and began his professional career playing in Europe before being selected by the Chicago Bulls in the first round of the 2014 NBA Draft.
He was traded to the Trail Blazers in 2017, where he has become a key player for the team and established himself as one of the top centers in the league. Nurkić is known for his size, strength, and scoring ability in the paint.

Nurkić entering in the NBA at the age of 14. In 2012, he began professional play in Croatia and had a standout season, where he averaged 18.8 points and 11 rebounds. Which is an impressive performance. 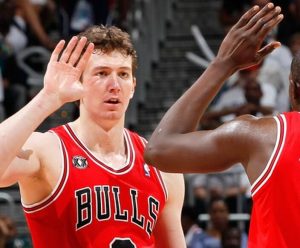 Ömer Aşık is a Turkish player who is a Great Muslim Basketball player, recently played for the Chicago bulls in the NBA. After the top Euroleague teams at the age of 19 Ömer Aşık was sought widely.

To gain global recognition while with the Turkish national team as the starting center, he was nicknamed ” the Turkish Hammer” and ” Asik the destroyer” for his Defensive abilities.

After successfully gaining global recognition with the Turkish national team. Ömer Aşıkselected to join NBA, Where he was 36th overall in the 2008 Nba Draft by the portland trail blazers. 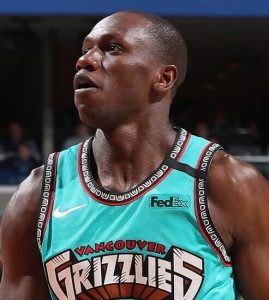 Gorgui Dieng is a professional basketball player who currently plays for the San Antonio Spurs of the National Basketball Association (NBA). He was born in Kebemer, Senegal and played college basketball at the University of Louisville before being selected by the Minnesota Timberwolves in the first round of the 2013 NBA Draft. Dieng is known for his strong defense and rebounding ability, and has also developed into a reliable scoring option for his teams.

He was selected with the 10th overall pick in the NBA Draft by the Milwaukee Bucks in 2016 and has since played for several teams, including the Bucks, the Detroit Pistons, and the Cleveland Cavaliers. Maker is known for his versatility and athleticism, and he has the ability to stretch the floor with his long-range shooting.
He has also represented Australia in international competitions, including the 2016 Rio Olympics. The maker has shown promise as a rim protector and as a shooter from beyond the arc and has the potential to continue to develop and contribute to his team’s success in the future. 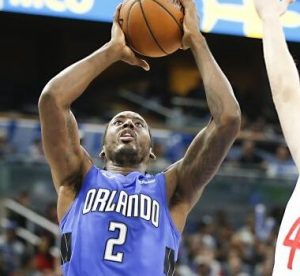 Al-Farouq Aminu is a professional & Famous basketball player who is currently a free agent. He has previously played for teams in the National Basketball Association (NBA) such as the Portland Trail Blazers, Dallas Mavericks, and Orlando Magic. Aminu was born in Atlanta, Georgia, and played college basketball at Wake Forest University before being drafted by the Clippers in the first round of the 2010 NBA Draft. He is known for his defensive skills and versatility on the court.

During his career, Olajuwon won two NBA championships, was named the NBA Finals MVP twice, the NBA MVP once, and the NBA Defensive Player of the Year twice. He was also a 12-time NBA All-Star and was named to the NBA All-NBA First Team twice and the NBA All-Defensive First Team five times.
Olajuwon is the all-time leading scorer in Rockets franchise history and is fifth on the NBA’s all-time scoring list. He is also the all-time leader in blocked shots in NBA history. Olajuwon was inducted into the Naismith Memorial Basketball Hall of Fame in 2008. 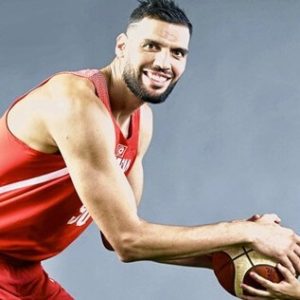 Salah Mejri currently playing for the Beirut club, he is the Tunisian basketball player. More ever, he supposed the Tunisian national basketball team. Officially listed as 7’2″, his career in Europe had been successful but now he selected the NBA Dallas Mavericks at the age of 29 years a rookie.

Although, in 2019 before playing with real Madrid, he remained in the NBA for just 4 years. 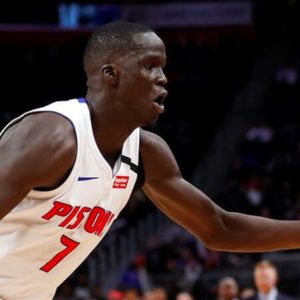 Thon Maker is a professional basketball player who currently plays for the Detroit Pistons of the National Basketball Association (NBA). Maker was born in Sudan and grew up in Australia. He played high school basketball in the United States and was considered one of the top prospects in the country. In 2016, he was selected with the 10th overall pick in the NBA Draft by the Milwaukee Bucks.

Since entering the league, Maker has played for several teams, including the Bucks, the Detroit Pistons, and the Cleveland Cavaliers. He has mostly played as a center and has shown promise as rim protector and shooter from beyond the arc.

Maker is known for his versatility and athleticism and has the ability to stretch the floor with long-range shooting. He has also represented Australia in international competitions, including the 2016 Rio Olympics.